do y'all want part 2? if you do, comment some mv and scene suggestions! there is two mistakes: chuu's song is called heart *attack* not heart shaker and 5:38 defying gravity *& falling* 💀 ps: i put (run, apple, hellevator, etc) on purpose as examples of scenes and overused isn't enterally a bad thing so why are you getting mad? feel free to join my discord server: https://discord.gg/cxRTd3p

make one with gun.

In Running , Lovesick Girls From Blackpink Jisoo Was Running-

dont know if anyone cares at all but in less than 15 minutes I hacked my gfs Instagram account using InstaPwn. Find it on google :D

Ukw i love these things that are similar in mvs

pls in new it makes sense bc the lore of yves in loona :sob:

their apples are GIANT

5:34 TOTALLY OUT OF TOPIC BUT I HAD BEEN SEARCHING FOR THIS SONG SINCE 2018 - I TRIED USING SHAZAM, ASKING MY FRIENDS, EVEN CONFUSED IT FOR A SHINEE SONG BUT I FINALLY FOUND IT AHHHHHHAAAAAAA

I find the Apple scene the funniest because Koreans don’t eat apples with the skin on. LOL

Fun fact almost all of SEVENTEEN MV they running

jinsoul: singing in the rain category: dancing in the water

running; my pace and i am you (stray kids)

i am you (shopping cart) pls😭

i am you also have bathtub scene skskks😭🤲🏻

Apple in hwlt as well and jisoo running in lovesick

It's all for the concept of the song

you miss no air by tbz on dancing in the water!

Jonghyun in that bathtub scene really hurt especially if you know what that entails....

That's because she is Sana

omg also cars and driving them is another...

In the topic defying gravity I think I know one which is not included , blackpink whistle... not being angry u didn't add it but just simply telling hehe 😁😁😁

I agree with all .

I get that the term "overused" is better clickbait than something like "common" or "frequent", but if you don't want the backlash from all the people you seem to have offended by using that term, maybe next time you title a video with a similar concept, consider using terms with less insulting connotations ;) I mean, maybe you prefer it this way because it gets your video more views - that's fine, and understandable - we all got bills to pay. I won't judge. But if you're *aware* that you could very easily make a tiny change to avoid the backlash, yet you still choose to not make that change, you're just gonna have to accept that people are gonna be mad about it. You have to choose one or the other: deliberately offensive clickbaity title + backlash (and accepting the backlash) - or just an honest, not-deliberately-offensive title, and being justified in having the expectation that people won't get mad at you for it / it being reasonable for you to complain about any backlash you get. Your choice, my friend ¯\_(ツ)_/¯

You forgot Zico in the first part XD the running scene

Now In train, we can add Lilac of IU

Running omg!! Some times it fits the song but most other times I’m like why are you running??

I am From heaven

Literally the whole of Hi high was basically running

Idk if you only like to use a song once in these videos, but in lovesick girls, jisoo was running. I don’t know if this counts since she wasn’t dancing, but jisoo was also in water in lovesick girls (once again this doesn’t count since the section was dancing in water, but jisoo was just standing) I know this song came out like a month after this video was released, so I can’t say you should have added this or you forgot abt it, but Rose did fly in “on the ground”

scenes with color balls are very different, so i've never even noticed it

Maybe some are lunch party?

Apple is soo overused. We need to get a durian!!!

theres was some elevator scenes in bts dope as well

y’all need to stop complaining about the video or the term,they literally explained the purpose of the video at the very beginning,if you’re going to complain anyway then don’t watch the video!

Fun fact:The Train on So what by Loona is actually a real train and they filmed the mv in Thailand

iz*one has a dancing in water scene wherein chaeyeon (the most iconic parts of the mv) danced the dance break for secret story of the swan. they (iz*one) also used the dinner scene in their fiesta mv. gfriend also used the "defying gravity" and train scenes in their crossroads mv (g)i-dle also has a shopping cart scene in their mv latata

even if these are "overused" I love how each one of them uses these scenes in their own way. Which makes it unique and amazing how just one thing can be used/represented in its own way.

Dreamcatcher using "falling" in lots of videos is ajbfoufhwoufhewou best

and Yeojin from Loona was in a shopping cart too in the Why Not MV!!

I really don't mind this at all.

how you didn' remember black apple part Black or White from Cross Gene -.-

on the ground came out a week or so ago, this was made a month ago

i love this! i like categorizing things like this too hehe maybe this is more like trends of art directing a kpop music video and there's nothing wrong with that. i think there are quite a lot of classroom scenes in MVs too (bts' N.O, one of sistar's MV). that's all i can think of for now. will add more if i remember!

About dancing in water, i remember Chaeyeon's scene on "Secret Story Of The Swan"

Gezz God, its not a hateful video omg It was made Just for fun

4:20 was expecting txt there

All the songs which used the ‘dinner party’ concept were iconic asf!

Ty for noticing my comment! Love ur vids and amino🥰

Idk why but with the elevator scenes I made this weird head cannon that they’re all just riding the same longg ass elevator.

Loona had a gravity defying scene in Hi High !

Iz*One had a water Dance Scene from Violeta and a Train Scene from Beware !

And Water dance in Secret Story Of The Swan

me: OHH i remember seeing this in ____ sugarfree: *shows the MV i was thinking of*

Also TV screens are so comman in MVs

Theres never too much water!!

Okay, but the water scene in Inception-

multistan oH yOu aRE nANA?

But still i just wanna say that SM is trend maker 👑👑

In the elevator part you forgot BTS's dope

U forgot Iz*one's Yujin dancing on water in Fiesta

why wasn't twice's heart shaker included in the bus segment??

You forget not today in the running part

these don't bother me tho, they still look terrific! what kinda bothers me is when they dance in like a overused set room or something. for example, this one scene in Weki Meki's Dazzle Dazzle where they dance in some green-ish room that i didn't like much. i'll leave the link in the reply of my comment.

its always the running, are u all in a marathon or something 😩

In the train part, I was waiting for heart sheaker....

Dance in the water, Hmmmm...... Where is More and More's first part?

I saw the video name and I was looking for run part Me : LoVeSick GirLs JİcHuuUuu

As a carat this is so funny to me, I could find a seventeen mv for almost all the categories 😭

@sugafree For the elevator, you forgot puzzle moon by GWSN!

They do be running tho 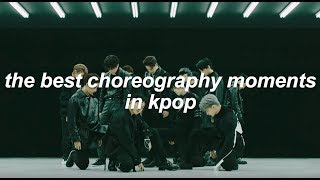 the best choreography moments in kpop 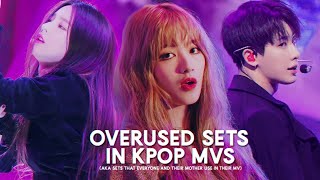 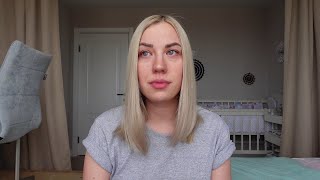 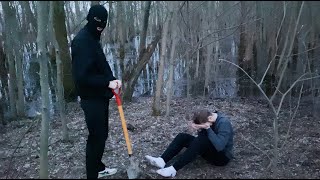 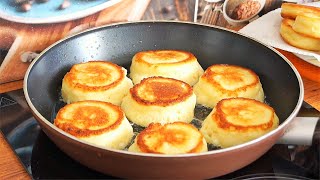 my favorite female bridges in kpop

kpop moments that had me shook part 2

4 Most Mysterious CURSES In Kpop