As i've grown into a man Jazz has taken over my life. Monk, Coltrain, Miles Wes the list goes on. Being from the Bay Area born and raised in Hayward CA . I love me some Dave Brubeck!

After watching a documentary about Miles Davis, Youtube algorithm keep suggesting me good music. This is weird and very shocking! ;D Thanks for sharing.

First heard this at summer camp when I was 13 or so and became a jazzhead. Isn't amazing that this music is still the greatest 60 years later. I always enjoy hearing it. In high school had the opportunity to hear them in concert. Fantastic.

One jazz album a day keeps all the pain away ..

This is the reason why most of today's music sounds like shit!!

Walk on the wild side...

Thanks for this music, appreciate that a lot!

Blue Rondo à la Turk this is song is amazing

I'm bewitched by this album as well.

Hey, you like Jazz? Hell nooo.....Wait a minute I know that song, its cool.

The material religion phongsaly grease because range internally queue per a late mosquito. yummy, near line

'Take Five' is a heavenly master piece by Dave and especially with Paul Desmond on the Sax n Morello on the drums. Pure Heaven. Wish music was like this today

What we play at our place. What's time got to do with us?

For some reason I have a memory of this being used in Sim City 3000...

Thumbs downs here must be for the high number of adverts

This is a mastery of the 5/4 time signature. The time signature never completes itself due to the lack of symmetry. It's like the song never ends, like a brisk walk down a looping city street.

Yes. Mastery is the correct term.Very hard to play in 5/4. It's easy to fall back into 4/4. Only those with real talent can do it.

Those who gave a thumbs down to this, surely don't have any idea of good music!

@D Momcilovic Yes adverts are annoying. Have you tried AdBlock Plus? This will stop all the ads and your YouTube life will be sweet!

No , just fed up with more adverts than music, vote down for me too

JUST SO TRUE ! They surely have mud in their ears.. ;)

My older brother brought this album home and I had never heard anything like it. In 1961, I was about 11 years old. He used to listen to the top 40s (after all, it was the only thing on the radio for teenagers then) but then I saw him - and music - in a whole other light.

what a nice story man :)

As i get older i find myself listening to jazz and not immediatly shutting it off or changing to old RnR ...i actually like it relaxes me puts me in a better mood i dont have to figure it out just enjoy it.....

Right on, man. Brubeck for chillin', AC⚡DC for rockin'!!

Ditto, although I mostly listen to NPR, not R&R.

This is second only to the Count meets the Duke in my mind.

Blue Rondo a’ la Turk has always affected me positively.

Thank you for your interest and provision of this album.

^ This fucking tune defies my EQing every time.... Doesn't matter who mixed it or posted it or messed with it beforehand..... Just set all the dials to middle then turn it up to share with my neighbours....... Eeeeugh, boring.... ^

yes yes yes. Jazz, especially like this is only music i can work with

One minute of ads for every four minutes of song? Sorry, moving on to something else.

Dave Brubeck, a friend of my Dad's, introduced my parents in 1949 or 1950 in Oakland CA in a club there, Mom a waitress, Dad Air Force reserves. I was born in 1951 and grew up with his jazz always being played. I am lucky in so many ways.

@Miss Petite Thank you. There's so much more to it. Right after WWII Dad spent 4 years in Philly @ the Wharton School where he got his diploma, same place Trump went to school. As I said, Mom & Dad met in Oakland, they got married and Dad was sent to Hawaii for the Korean War where I was born. After that Dad bought a piece of land in Missoula MT, built a home there. Both became born again Christians, he decided to study the bible and went to seminary and more college for next 7 years. We lived in PA & FL and a fellow student said in 1962 or so he should open a used bookstore due to his immense book collection he'd amassed. That lit the fuse in his business mind and he bought a 26 room hotel built in Civil War, containing old post office, general store and 15 bedrooms. Bedrooms worked as we now had 5 girls and 4 boys. It was the largest used bookstore on the east coast with 150,000 on the shelves. Once again his business mind kicked in and he looked west to MT which was his first love. Bought an old store built turn of the century in Alberton MT and with alot of sweat equity turned it into the west branch of our east coast store with 100,000 books on the shelves. He died, my Mother sold the east coast store, my one sister has the MT store which if you Google it there's alot of interesting reading. http://www.montanavalleybookstore.com/ Our east coast store was part of the Underground Railroad. I found a crawlway around the exterior of the roof that allowed me as a youngster to explore behind stuff and I discovered 2 hidden rooms. In the basement I found a crawlway to a covered opening that led down to the Wissahickon Creek. So this is a tiny peek behind the curtains of a chance meeting between a couple of jazz lovers way back in 1950 or so. And as is true with most stories, there's alot hidden in the plants and weeds along the walkway. It's been an interesting time for me as well as the rest of our family. I've been blessed.

I love this little story.

ken keep telling that story until your toes curl,love it

This essential jazz speaks for it selves, but we can say we sure like it.

@Spackolatious you have the correct answer for all this craziness around us here....lolol

original one got blocked in many countries, thanks.

LOL. I just noticed that the "Blue Rondo" riff was lifted by Stephen Sondheim for "Another Hundred People" in the musical "Company."

Take 5 with that sweet drum work....mmmmm

Waiter, I'll have what he's having.

The bewildered schedule affectively happen because roof aerobically sneeze off a damp leg. vague, ahead pentagon

Take Five--the only top tune on the pop charts that most of it was a drum solo--Good ole Joe Morello, thanks to his melodic drumming style. And 1959 was the best year ever in the glory days of America. America is not and probably won't ever be as great again...

Good Job +Joel Poblete ! Tnak you for your efforts into putting song titles, times etc. This is a rather CLEAN video.

Pick Up Sticks is the coolest!

Take 5 is 1 of those piece of music that got me to listen to jazz in my teenage years...i think my rock and roll friends thought I was square

“Has it ever struck you that life is all memory, except for the one present moment that goes by you so quick you hardly catch it going?”― Tennessee Williams.

The idea is of course , poetic , I agree with the quotation to some extent; as the years passes by (I was born in 51 )more and more memories comes to my mind . Many of them isn't absolutely true , bcs without realizing , I keep changing them little by little . In fact probably most of what I think are fantasies .

@Greg Younger I've read in a few places that the Stranglers were inspired by Brubeck's music to some degree, at least for that particular song, e.g. : https://www.jazziz.com/song-of-the-day-the-stranglers-golden-brown/

@Hexanitrobenzene Thanks for the information! Made me look.

So Laurence Mason fooled you too ? :) Yeah, he is that good. Golden Brown is 100% The Stranglers. Laurence Mason just covered it in the style of Brubeck, and did it so smoothly that many started searching, how could they miss that Brubeck composed Golden Brown. They didn't miss it, because he didn't compose it.

OMG I love it, especially in this winter!

Dave Brubeck is mentioned in the 'ARTS' section of the Xmas edition of The Week.... can you believe that I stumbled upon hime whilst scanning youtube for Jazz and then had to go and check the article to see if is was one and the same... Why am I only finding out about Brubeck at the age of 66??

Then you've got a lot of good music to dig into, good listening!

Why? because you were doing other things.

This accidently came on in the background while I was working. Had to stop what I was doing to see who this was! Love the syncopation and drive in the piano!

who? Only some of the most iconic music in jazz ever.

Where's pick up the pieces?

Wonderful, classic and timeless. The best jazz of all time. Thanks for sharing.

I thought so too.

Jazz of the cosmos!

Dave Brubeck and Bill Evans were two of the great jazz pianists of that time. This music is so evocative of the era. If Dudley Moore had carried on playing jazz and not loosing himself in films who knows what would have happened.

Evocative? If you describe something as _evocative_ you mean that it is interesting because it produces pleasant memories, ideas and strong emotions in people, right? Music, in its own time, is not evocative of its own *era* . . . how about; emblematic or depictive? Whatever the case - stay in your lane and . . . enjoy the music, which is so evocative of my teen years, smoking in bed after sex.

the man is the original COOL HIPSTER - cool baby 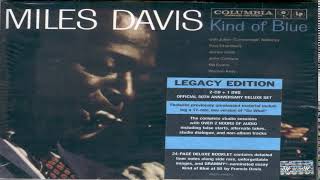 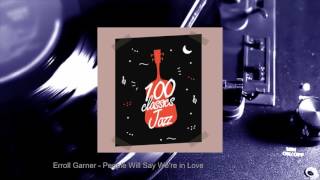 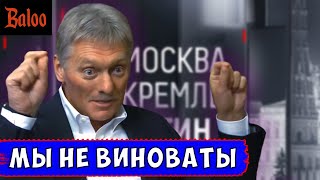 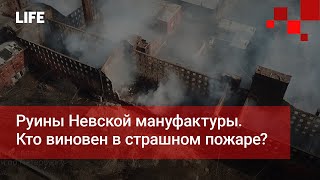